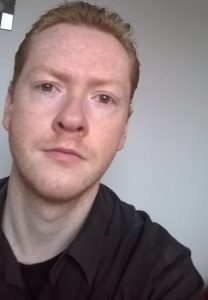 He has worked as a Post-Doctoral Researcher, looking at the regulation of the cell cycle during development by the D-class cyclin family member CYCD7 at Cardiff University. He then worked at the State University of Campinas in Brazil. Where he examined the genetic regulation of sugar signaling by the transcription factor AtbZIP63 in Arabidopsis.  Before coming to Manchester in order to pursue a future in Bioinformatics.  Towards this aim he recently has finished an MSc in Bioinformatics and Systems Biology from the University of Manchester before joining the McInerney lab.

He is currently a John Templeton Foundation funded Post-Doctoral Research Associate working on the evolution of eukaryotes. He is examining what the current wealth of available genomic information can tell us about the origins of complex life.  With the specific focus of attempting to reconstruct the metabolic capabilities of the first eukaryote, identifying the earliest arising eukaryote-specific proteins and their functions.  As well as analysing these genes in order to discern if they can provide any information about the selective forces that drove eukaryogenesis.  He works primarily using the programming language Python.