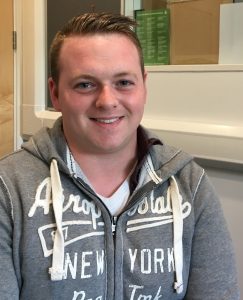 Rob's research is on Gene Mosaicism - the finding that many genes are composed of parts of other genes.   Mosaic or composite genes are thought to be quite common, but right now their prevalence, origins and evolution are not well understood.

Rob works specifically on gene remodelling, fusion and fission events, investigating the rates, processes, gene function and taxonomy of composite protein coding genes and, by extension, how they influenced evolution. Research in this area involves extensive computational data manipulation. In order to achieve this Rob writes programs and scripts primarily in Python and Unix.

Before starting his Ph.D. Rob was a graduate of the 2014 University College Dublin Microbiology class where he was awarded a 2:1 grade classification.